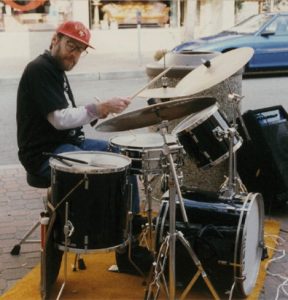 I am a musician, jazz historian, and record collector located in Montclair, New Jersey. This web site currently contains information on several musicians and topics of special interest to me. My main focus involves jazz of the 1950s and early 1960s, especially regarding artists of that period whose talents and contributions are worthy of greater recognition. You will also find here recollections of and a list of musicians from my hometown of Rochester, NY during the same time frame.

Detailed discographies are found here and more will be added in the future. All of these discographies were created using the BRIAN database application, a major advance in the field of jazz discography, and are constantly being updated as new information becomes available from various sources. If you have a serious interest in any of my subjects, I suggest you check back frequently for the latest information. Each discography shows a date at the top indicating when that document was generated (earlier versions are superseded by the ones shown and are no longer available).

To reiterate, this web site is a work in progress and will undergo periodic modifications. Stay tuned.

Note as of October 2014: “Rat Race Blues: The Musical Life of Gigi Gryce” which I co-authored with Michael Fitzgerald is back in print as the second edition.

Note as of August 2015 – Album covers have now been added: