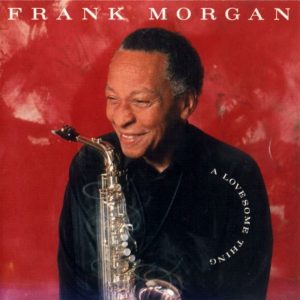 Saxophonist Frank Morgan’s life story, as movingly related in a documentary film and a book, is at once uplifting and frustrating. Emerging in the early 1950s as part of the vibrant African American West Coast Jazz Scene, he initially exhibited great potential that went unfulfilled due to nearly three decades of heroin addiction and associated incarcerations. His remarkable comeback in the 1980s was driven by his own spirit, the support, through thick and thin, of his long-time companion, the artist Rosalinda Kolb and others in his orbit, and record companies that recognized his substantial talent and ability. By the time of his death in 2007, he had amassed an impressive legacy of recordings with some of the most important figures of modern jazz, his long absences notwithstanding. 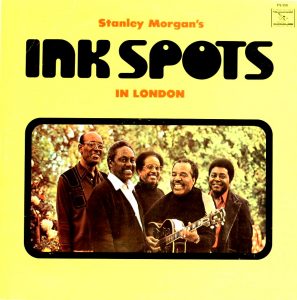 Born in Minneapolis, Minnesota in 1933, Franklin Delano Morgan spent his early years in Milwaukee, Wisconsin living with his paternal grandmother. His father, Stanley Morgan, was a guitarist and leader of a version of the Ink Spots vocal group who settled in Los Angeles when Frank was a teenager and introduced him to jazz and its practitioners at his Casablanca Club. Frank’s first instrument was guitar, but after hearing Charlie Parker, he switched to saxophone. He attended Jefferson High School where, along with many other musical luminaries to be, he was taught by the legendary Samuel Rodney Browne. By the time he was 15, Frank’s prodigious musical skills were becoming apparent. 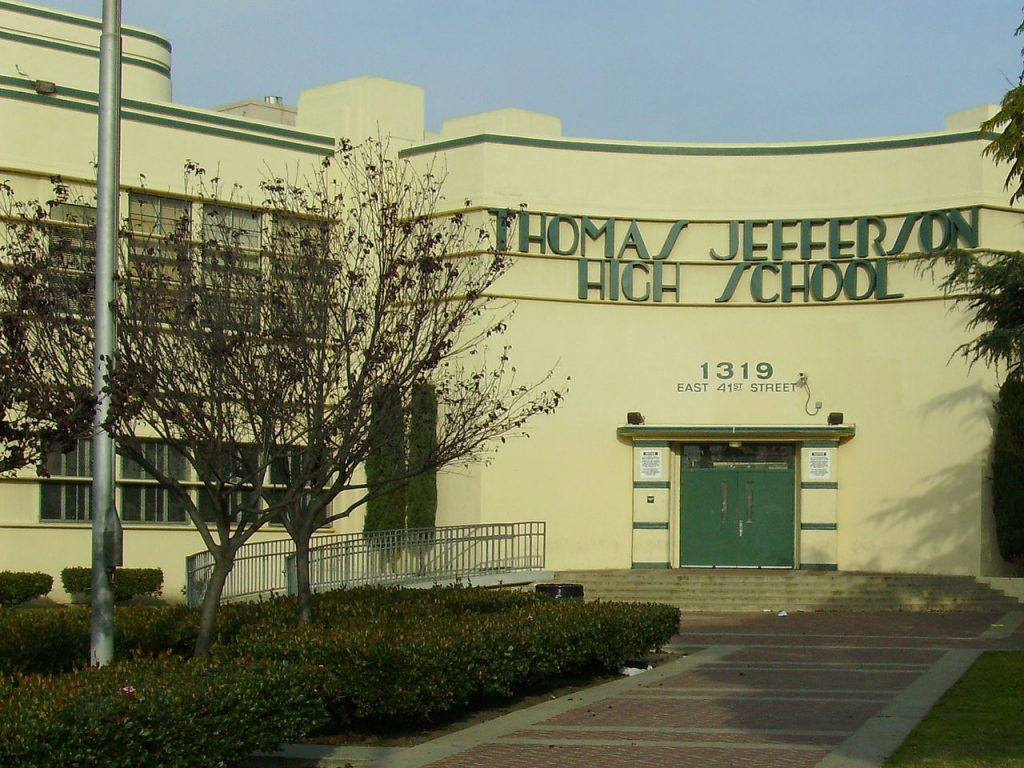 The story of how young Frank fell under the spell of Charlie Parker and chose to absorb all aspects of the jazz giant’s tendencies, including heroin use, was not unique and sadly, the resulting cost in opportunities lost and lives shortened was high during this period. As rich a decade as the 1950s was musically, it was during this period that we lost Lester Young, Billie Holiday and Parker himself, all of who suffered from substance abuse. Morgan’s personal problems are, arguably, as well known as his music, but it’s the latter that I choose to concentrate on here.

Morgan first appeared on my radar in 1954 through recordings he made under the leadership of vibraphonist Teddy Charles and drummer Kenny Clarke. The Charles session was done for Prestige Records during a period when the vibraphonist had temporarily relocated to Los Angeles from New York and the sextet included tenor saxophonist Wardell Gray and a young Sonny Clark on piano. The Clarke session (for Savoy) also involved a sextet incorporating three quarters of the Modern Jazz Quartet with pianist Gerry Wiggins replacing John Lewis and is a blues drenched affair with Walter Benton on tenor saxophone. In both I heard an alto saxophonist clearly influenced by Bird but having an original sound and conception.

Producer and record company owner Gene Norman gave Morgan his first opportunity to record as a leader for his Gene Norman Presents (GNP) label. The first session, early in 1955, featured trumpeter Conte Candoli and a Latin rhythm section. This was followed by a septet outing a couple of months later again with Candoli as well as Gray and a strong supporting cast. The final GNP session was live at the Crescendo Club in Los Angeles in 1956 with trumpeter Jack Sheldon, saxophonist James Clay and pianist Bobby Timmons. After that, Morgan would not record again for 23 years when he appears on dates led by trombonist Benny Powell and violinist L. Subramaniam. 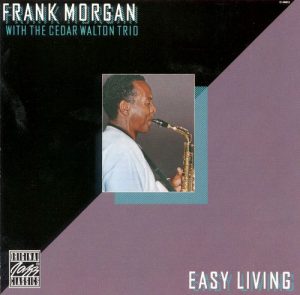 Six more years would elapse before Morgan returned as a leader and his first of 10 albums for the Contemporary label, recorded in June of 1985, was titled Easy Living, a successful quartet project with outstanding support from pianist Cedar Walton’s trio. His Contemporary tenure was followed by 4 albums for Antilles, 2 for Telarc and 6 for HighNote, all recorded between 1989 and 2005 and maintaining a very high creative level. It is also clear from these recordings that his long absences did not prevent him from absorbing new influences and growing as a performer.

In his later years, Morgan preferred quartet and duo settings and his collective accompanists comprise an all-star aggregation. There are some notable live recordings including a Seattle concert with Bud Shank in 1987. The two alto saxophonists, both West Coast legends, but with much different backgrounds and career paths, clearly inspire each other with exciting interactions, much to the delight of the audience. Also of note is a set of performances at the Village Vanguard in New York City with a quintet including the underrated Johnny Coles on trumpet and a reunion with trumpeter/flugelhornist Art Farmer, like Morgan, a Central Avenue veteran, at Kimball’s East in 1989.

One of Morgan’s most compatible and supportive collaborators was pianist George Cables with whom he performed duo concerts on several occasions. Cables also contributed some original compositions that Morgan made his own including “Helen’s Song” and “Lullaby.”

Stylistically, Morgan is usually closely linked to his idol and friend, Charlie Parker, and reflective of that relationship, three of his albums are titled Bebop Lives!, Bop! and Yardbird Suite. He also participated in a tribute to Bird in 1990 with trumpeter and bebop legend Red Rodney that has been preserved on DVD. But an objective evaluation of his approach reveals a player who, at least in his later years, had absorbed many additional influences and come up with a distinctive and recognizable sound and method of solo development. Morgan’s tone was much lighter than Bird’s and his solos were more unpredictable. He could go from a whisper to a shout in an instant with great emotional impact. On ballads Morgan usually stayed very close to the melody which he would adorn with complex embellishments. He was a master of the blues and used “Parker’s Mood” as one of his favorite vehicles with which to excite an audience.

Composition was not Morgan’s forte and he relied largely on standard material from the Great American Songbook, tunes contributed by his collaborators and many of the pieces associated with the bebop era and Parker. He did, however, include more contemporary songs like Wayne Shorter’s “Yes or No” and “Footprints.” And his treatment of Billy Strayhorn’s “A Flower Is a Lovesome Thing” is exquisite on more than one occasion.

Saxophonist Anders Svanoe, who got to know Morgan in the 1990s in Wisconsin, recently offered some thoughts about him:

Frank had that killer alto sound – he played a very large sized “classical” (Selmer) mouthpiece. He had loads of speed (he would always laugh and say…”that’s pyrotechnics Anders…don’t do that!”). Of course he always did.  I would put him in that softer, round sound kind of category. I do think he was under-appreciated mainly because of all his personal problems. He didn’t write much, if anything. He more or less was a standards guy and played the shit out of them.

He was a master saxophone player. Frank was instantly identifiable, so in my opinion that’s where it’s at. Alto players can be rough to listen to if they suck and Frank made MUSIC out of that horn.

He loved melodies. He would always say the best improvisation is the melody itself.

In his later years, Morgan became involved in jazz education and mentored the now-well-established and highly regarded saxophonist Grace Kelly. He died in Minneapolis in 2007 of cancer after years of substance abuse, methadone treatment and a stroke had taken a considerable toll on his health.

Frank Morgan’s personal story is so compelling and well documented that it has overshadowed his musical legacy. I hope this discography will encourage the reader to listen to his recordings, many of which are still available.

As an addendum, here is a list of alto saxophonists who were active on the West Coast in the 1950s. It is quite a diverse group age-wise, stylistically and racially, and its members went in many different directions over the decade and later. Some, like Morgan, struggled. Others thrived in the Hollywood studios. Some had roots in the Swing Era but were able to fit in with the modernism that had taken hold. All are/were great talents. 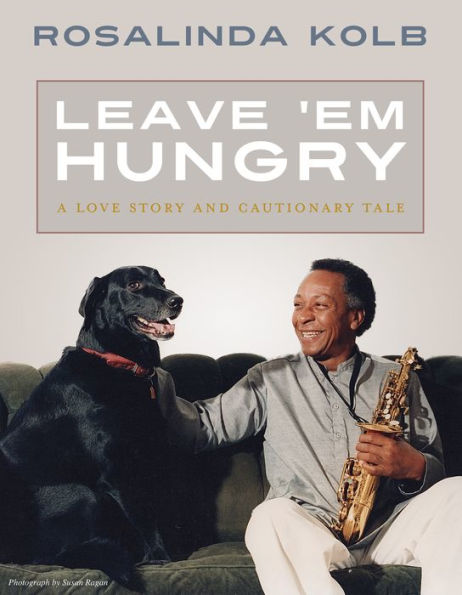 Before & After: Frank Morgan