The following essay was first published in the January 2022 issue of Jersey Jazz Magazine as part of a celebration of Frank Wess’s centennial (January 4, 2022). It is reprinted here with permission. (To become a member of the New Jersey Jazz Society, click here.)

His colleagues called Frank Wess “Magic,” an appropriate sobriquet in view of the exceptionally consistent artistry and professionalism he brought to every project with which he was involved throughout a career spanning 70 years. His saxophone approach was lyrical, soulful, swinging and a unique, genre-defying blend of influences including Johnny Hodges, Lester Young, Ben Webster, and Benny Carter yet informed by bebop harmonies. Assuming the flute mantle from Wayman Carver of the 1930s Chick Webb orchestra, Wess was a pioneer in the early 1950s, helping secure the instrument its rightful place in modern jazz. He would also prove himself to be an accomplished composer, arranger, teacher and mentor to many aspiring musicians.

Frank Wess was born on January 4, 1922 in Kansas City, Missouri but began his musical training after the family moved to Sapulpa, Oklahoma in 1932. Another move brought him to Washington, DC in 1935 where he graduated from Dunbar High School in 1937. The orchestra teacher at Dunbar was Henry Grant (who had earlier taught Duke Ellington) who provided important instruction in theory and composition as well as encouragement. A classmate at Dunbar was pianist Billy Taylor.

Although initially enrolling at Howard University with the intention of attending dental school, he switched to the school’s music conservatory where he spent a year. By this time, still in his teens, he was already playing professionally in Washington with a youth band led by pianist John Malachi that rehearsed at the Jungle Inn. Jelly Roll Morton lived above the club and would attend the rehearsals giving Wess the opportunity to meet the jazz legend. Wess also worked dances at the Lincoln Colonnade and joined the pit band at the Howard Theater. With Blanche Calloway he toured Massachusetts where he encountered stars to be including guitarist Irving Ashby and saxophonist Paul Gonsalves.

From 1941-1945, Wess was a member of the U.S. Army Band serving as assistant bandleader and clarinet soloist (an instrument he despised). The ensemble was stationed in Africa and performed in Dakar, Casablanca, Monrovia, Tlemcen and Algiers. He also led a 17-piece band that accompanied Josephine Baker on concert tours for Allied troops. Performing music in a variety of styles including vaudeville, classical and marching band, his World War II experience was invaluable preparation for the long and varied career to come.

Wess returned to Washington after the War and soon joined the legendary orchestra led by vocalist Billy Eckstine, the first big band to play the new music known as bebop. During Wess’s tenure (on tenor saxophone), the ensemble included some of the new genre’s most important innovators including trumpeters Fats Navarro, Miles Davis and Howard McGhee, saxophonists Dexter Gordon, Gene Ammons and Leo Parker, bassist Tommy Potter and drummer Art Blakey. Wess described Eckstine as the “godfather of bebop.” 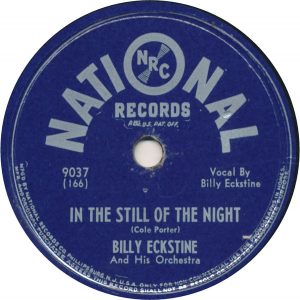 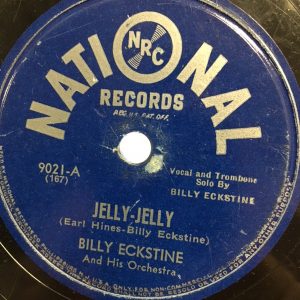 After Eckstine disbanded in 1947, Wess worked with the orchestras of Eddie Heywood, Lucky Millinder and Bullmoose Jackson, but by 1949, had tired of the road with its stresses and indignities. He returned to Washington and enrolled at the Modern School of Music as a flute major, earning a Bachelor of Music degree in 1953.

Based on Eckstine’s recommendation, Count Basie had been trying to get Wess to join his band for some time, but the saxophonist refused until 1953 when the money Basie offered was tempting as was the opportunity for greater exposure. The “New Testament” version of the Basie band, with a host of fine soloists, many of whom Wess, himself had recruited, was a swinging powerhouse and a commercial as well as artistic success. Besides Wess on flute, alto and tenor saxophones, the ensemble included Joe Newman, Thad Jones, Sonny Cohn and Snooky Young on trumpet, Al Grey, Henry Coker, Bill Hughes and Benny Powell on trombone, Marshall Royal, Ernie Wilkins, Frank Foster, Eddie “Lockjaw” Davis, Eric Dixon, Billy Mitchell and Charlie Fowlkes on saxophones, Eddie Jones on bass, Freddie Green on guitar, Sonny Payne on drums and vocalist Joe Williams. 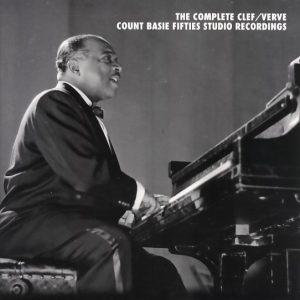 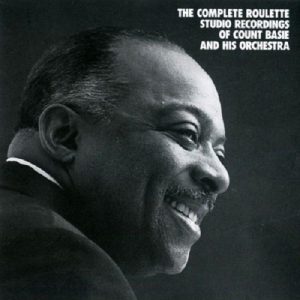 Many of the finest arrangers of the period contributed to Basie’s repertoire including Neal Hefti, Ernie Wilkins, Benny Carter and Quincy Jones. From within the band, Thad Jones, Frank Foster, Joe Newman and Wess, himself (“Yesterdays,” “Segue in C,” “Blue on Blue,” “Swingin’ at the Waldorf,” “Summer Frost,” “Peppermint Pipes”) also wrote arrangements. 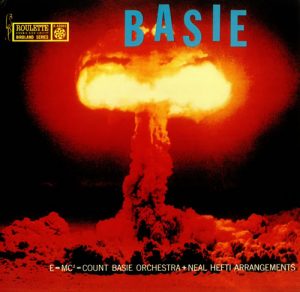 Tenor saxophone and flute were always Wess’s preferred instruments, but in 1957, he switched to alto sax in order to accommodate the addition of Eddie “Lockjaw” Davis. Although there aren’t many examples of Wess’s alto sax solos with Basie, they can be heard on the recordings of “Fantail,” “A Square at the Roundtable,” “Rock a Bye Basie” and “Backwater Blues.” Actually, most of his solos during his Basie tenure were on flute, a phenomenon that helped give the “New Testament” band its unique character.

After eleven years, Wess left Basie in 1964 to settle in New York City where his reputation preceded him and work in a variety of settings awaited. As he put it, “I went from Basie to Broadway and never missed a payday!” He played in the pit bands of hit shows including Golden Boy, Chicago, Annie and Sugar Babies. On television, he could be heard on The Dick Cavett Show, The David Frost Show, The Sammy Davis Show as well as many specials and telethons. He is also present on a number of film sound tracks and jingles.

As a sideman in great demand, Wess backed instrumentalists and vocalists representing many generations and styles. His discography reveals that between 1964 and 2011, he participated in sessions with around 150 different artists or ensembles, from Benny Carter to Jaco Pastorius and from Annie Ross to Diana Ross. Some of the most notable of these are recordings with The Toshiko Akiyoshi Orchestra, Clark Terry’s Big Bad Band, Dameronia and The Gerald Wilson Orchestra. 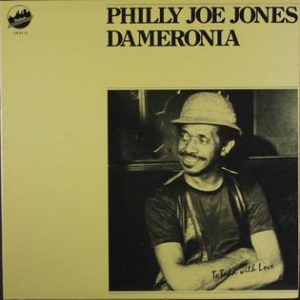 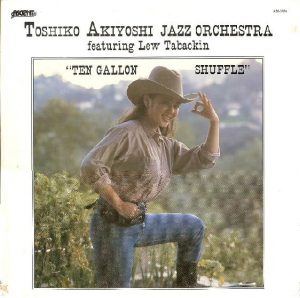 As a leader and co-leader, his early sessions for the Commodore and Savoy record labels often involved his Basie band mates of the 1950s, especially Frank Foster with whom he would later record the albums Two for the Blues (Pablo Records, 1983) and Frankly Speaking (Concord Records, 1984). The stylistic contrast between the two Franks on tenor sax was striking with Foster exhibiting a bigger sound and more aggressive approach but Wess holding his own with a more lyrical and measured but equally engaging manner. 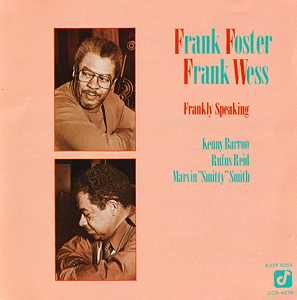 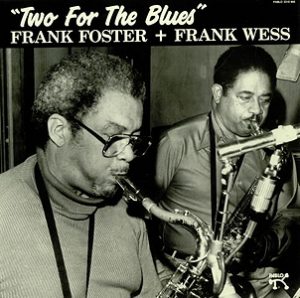 Wess was involved in a number of successful musical partnerships and collaborations including The New York Jazz Quartet comprised of Wess, Sir Roland Hanna on piano, George Mraz or Ron Carter on bass and drummers Ben Riley, Richard Pratt or Grady Tate; a quintet co-led with the under-appreciated trumpeter Johnny Coles; Flutology, a three flute ensemble with Holly Hofmann and Ali Ryerson and a big band co-led with trumpeter Harry Edison. 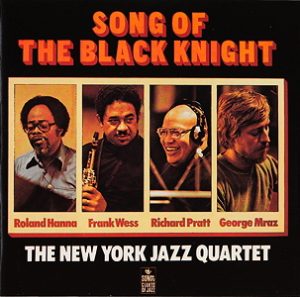 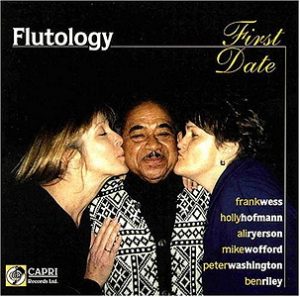 In his later years, Wess often favored mid-sized ensembles of 8 or 9 pieces. A recording by one of these, Tryin’ to Make My Blues Turn Green (Concord Jazz, 1993) is worthy of mention since the music on it was reprised as part of the Centennial Celebration held in January 2022. 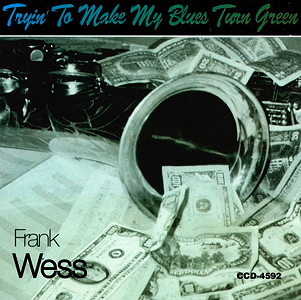 Frank Wess died of a heart attack in 2013, at the age of 91. He viewed a jazz solo as an essay, the telling of an artist’s individual story in his or her own way. It was a concept he maintained throughout his career. Reflective of his many achievements, he received the NEA Jazz Master Award in 2007 and in 2010, was honored at an All Nite Soul event at St. Peter’s Church in New York City where in his introduction, historian Phil Schaap called him “the most important living jazz musician.” Wess’s centennial provides us an opportunity to reflect on and enjoy the “magic” he wove for so long.

Here are some thoughts about Frank Wess taken from recent interviews with musicians who knew him:

SCOTT ROBINSON: “Johnny Hodges loomed very large with him. [He] had one of Hodges’ altos. He had a beautiful, beautiful French Dolnet alto. I guess it was marked Vito but made by Dolnet, if I understand correctly. It was similar to the tenor that Don Byas played. It had the snake on the neck with jewels, ruby eyes looking at you while you played. The octave key was built in the form of a snake and it was an astonishing horn with Johnny Hodges name engraved on it – beautiful engraving on every single key – very unusual key system with lots of extra stuff. I toured with Frank when he had that horn. It was really something. So he idolized Johnny Hodges and I think you can hear that in his tenor playing also.”

CHAMPIAN FULTON: “[He] really was, at least with me and I think in general in his life, really focused on swinging and rhythm. And we would talk a lot about that, like what it felt like to be in the Basie band, what that kind of rhythm felt like and how they achieved it. I remember him talking to me about the importance of patting your foot when you’re playing which is something no one talks about. Actually, I spent 3 years in jazz college and nobody ever talked about that to me. But that was one of the first things Frank talked about and when to pat on quarter notes, what tempos and when to pat half notes, when to pat whole notes. And he also talked about – because he was the master in my opinion, one of the masters of knowing how to make a set list, like knowing which tunes and which tempos and which keys should go in which order.”

BILL EASLEY: “Frank is a unique cat. All the guys from those generations ago – there were certain role models but the goal, man, was to have your own voice. And Frank’s ace in the hole was that he was one of the pioneers of jazz flute. So that’s pretty much one major, major factor, that Frank was the flute cat way back in the beginning. There were cats before that, but Frank was one of the first. When he was with Basie he played tenor and alto, but I’ve always been “bisaxual” myself. What made Frank Wess Frank Wess was his spirit! That human spirit is something that I’m a true believer in and Frank Wess had a spirit. To me, it’s not about what Frank Wess sounded like or what he talked about. The important thing I got from Frank Wess was what he felt like! He’s been dead awhile but I can still feel Frank Wess all up in my bones.”

DOTTI ANITA TAYLOR: “He was fabulous as a teacher. I speak very highly of how he was as a teacher because the flute, I will say, is not the easiest instrument to learn how to play, number one. And through different things that he would say to me he enabled me to not only get a sound out of the flute but to develop a really good sound out of it. I say that in all humility in that when I get comments about how I play, one comment that is made lots of times is the tone that I get, the sound I get out of the flute. And I attribute it to what he was able to tell me to do so that I could achieve a beautiful sound out of the flute.” 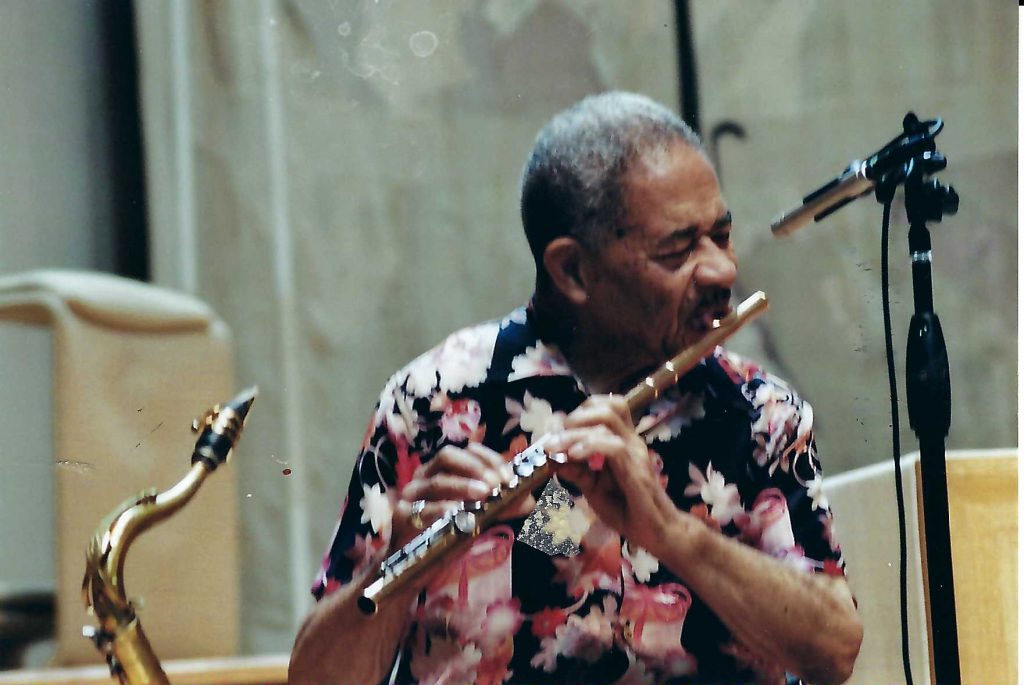 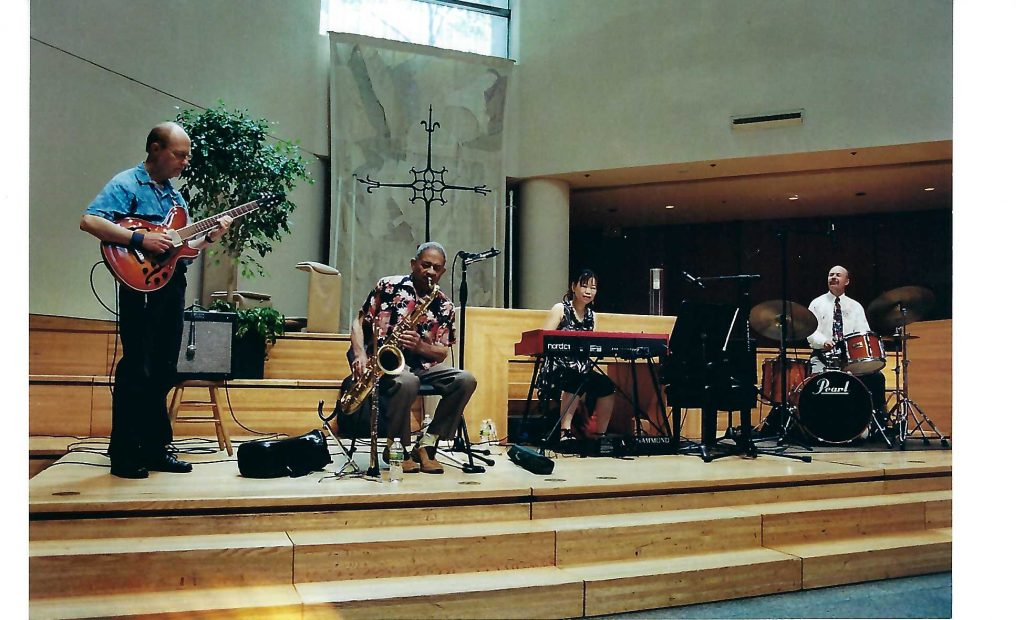 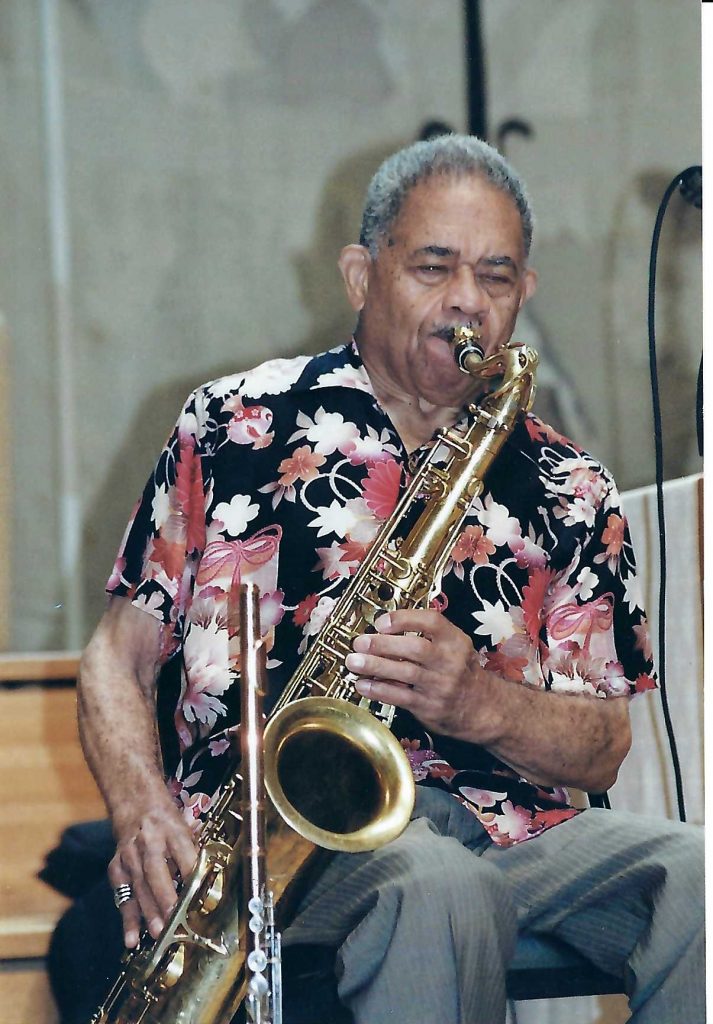