A Brief Return of Dexter Gordon

Nineteen fifty-five was the year that the 12-inch LP became the preferred format for issuing jazz recordings and the beginning of a decade-long period that produced some of the most revered and influential albums in the history of this music. It was also the year in which bebop would be largely supplanted by a more groove-oriented version labeled hard bop that emphasized ensemble writing, a strong blues underpinning and ties to gospel music.

One of my first 12-inch LPs was Stan Levey’s This Time the Drum’s on Me, recorded for the Bethlehem label (BCP-37). This was one of only five sessions the drummer would lead, all recorded between 1954 and 1957. A Philadelphia native, Levey (1926-2005) was present on some of the seminal bebop recordings of the mid to late 1940s with Charlie Parker, Dizzy Gillespie, Stan Getz and others. He was also an accomplished boxer and talented photographer.

The ensemble Levey had assembled for this session was a one-off, all-star sextet made up of Los Angeles-based musicians and apparently, the only occasion on which Levey and saxophone giant Dexter Gordon (1923-1990) recorded together. But while West Coast Jazz was still very much in vogue at the time of the recording, the music recorded on these two days, in the fall of 1955, was not typical of the genre that was generally associated with artists such as Gerry Mulligan, Chet Baker, Shorty Rogers, Jimmy Giuffre, Art Pepper, Shelly Manne and many more. In fact, this recording was an early example of the hard bop approach, geography notwithstanding.

The two other horns on this session, trumpeter Conte Candoli (1927-2001) and trombonist Frank Rosolino (1926-1978) were members of the Stan Kenton Orchestra when Levey was the drummer in that ensemble. In the mid-1950s, both were gaining deserved recognition as soloists through many recordings as leaders and sidemen in small ensembles. This session turned out to be the only example of either of the pair recording with Gordon in a studio setting.

Although they would eventually accompany saxophonist Stan Getz and vocalist Peggy Lee among many others, this session was the first time the almost namesakes pianist Lou Levy (1928-2001) and Stan Levey recorded together. Hailing from Chicago, Levy cut his bebop teeth in the bands of Chubby Jackson and Woody Herman.

An Indiana native like Candoli, bassist Leroy Vinnegar (1928-1999) would settle in Los Angeles and become a ubiquitous presence on that scene starting in 1954. Noted for his unwavering walking bass lines, he is present on Shelly Manne’s My Fair Lady and Les McCann’s Swiss Movement, two of the most popular jazz albums of all time. He played on all three of the 1955 Dexter Gordon sessions but nothing more with the saxophonist before or after. Starting with a Stu Williamson session in January of 1955, the bassist and Levey would form a strong rhythm duo on numerous occasions.

While the contributions of all the participants on this date are generally at a very high level, the clear star is tenor saxophonist Gordon whose output during the decade of the 1950s was limited by incarcerations arising from the use of narcotics. Until another Bethlehem session, this one involving a quartet that took place about ten days earlier (Daddy Plays the Horn), Gordon had not seen a studio since June of 1952. His brief resurrection in the fall of 1955 resulted in the two Bethlehem albums and one for the Dootone label (Dexter Blows Hot and Cool), and then he is not heard from again until October 1960 when he recorded the aptly titled Resurgence of Dexter Gordon for the Jazzland label.

The material for the sextet session is an interesting mix including two bebop chestnuts dating back to the mid-1940s when Gordon and Levey first interacted: “Diggin’ for Diz,” based on the chord structure of Rodgers and Hart’s “Lover” and “This Time the Drum’s on Me” an up-tempo Oscar Pettiford “I Got Rhythm” variant with at least 5 other titles.  The chronology of this line is as follows:

The albums’s ballad is “Ruby, My Dear,” one of Thelonious Monk’s most beautiful compositions and here a feature for trumpeter Conte Candoli. “Tune Up” is a jazz standard first recorded by Miles Davis for Prestige Records in 1953. Although Davis is given composer credits, this line was actually appropriated by the trumpeter from saxophonist/vocalist Eddie ‘Cleanhead’ Vinson. From the Great American Songbook comes “Day In, Day Out” while Offenbach’s “La Chaloupée” is a pleasant theme with a fine arrangement by saxophonist Bob Cooper, but seems somewhat out of place at this session. The only other recording of it is a trio version by French pianist Martial Solal in 1953.

Then there is Gordon’s contribution to the session material, “Stanley the Steamer,” a simple 12-bar blues in B-flat taken at a medium tempo (ca. 150 bpm) and dedicated to the leader. The saxophonist would add this tune to his repertoire and recorded it live in Copenhagen in 1967 (Black Lion – but not issued) and for Prestige Records in 1969 (Tower of Power) where he gave it a funk ambience in keeping with the times. Reflecting the significance of this track, several reissues of This Time the Drums on Me would be titled Stanley the Steamer.

While showing a bit of rust on the very fast title track, Gordon’s solo on “Stanley the Steamer” is a masterpiece and except for Lou Levy’s 8-bar introduction, the only solo outing on the track. Lasting for 16 choruses and over five minutes, it is endlessly creative and soulful with each chorus building on the one before it. Levy’s comping and the rock-solid rhythm section keep the intensity level high. In typical Gordon fashion, there is plenty of space and double-time runs generally come towards the end of a chorus. Always one to incorporate quotations, Gordon slips in a bit of “I Dream of Jeanie with the Light Brown Hair” at 2:38 and “Emanon” at 3:05, among others.

The complete discographical information for this session, including solo information, is as follows:

The album received a 4-star review in Down Beat Magazine (March 31, 1956) in which the reviewer praised Gordon’s solo on “Stanley the Steamer” as “…what may be his best solo on record.” It certainly foreshadows the many memorable recordings he would make for the Blue Note, Steeplechase, Prestige and Columbia labels between 1961 and 1985. 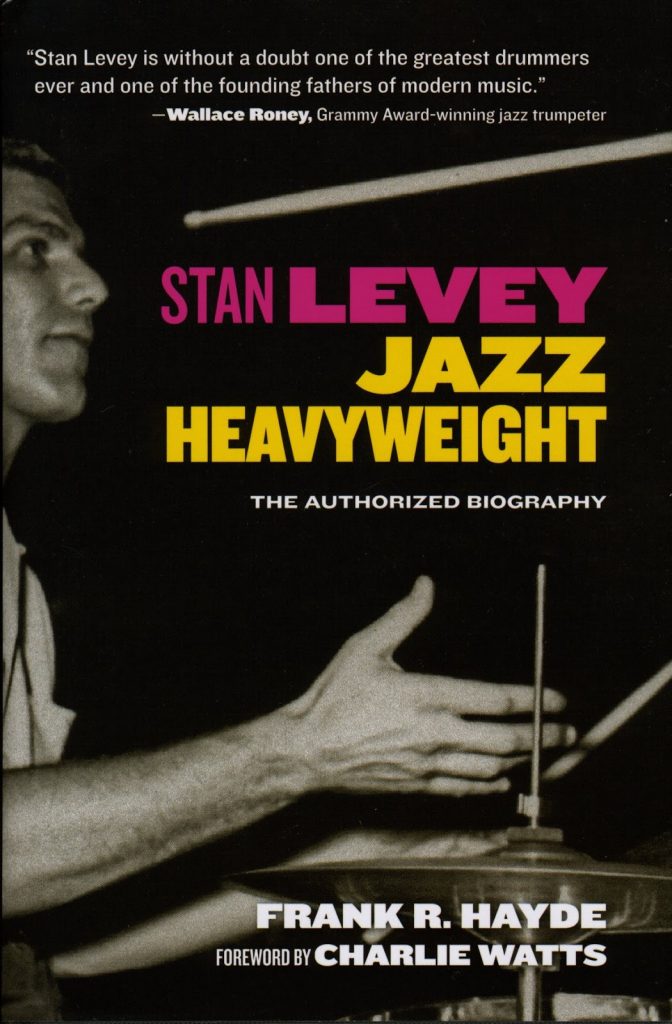