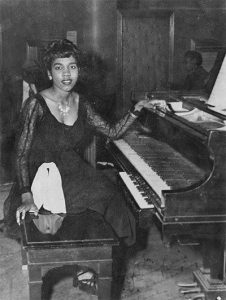 In 1954, writer and critic Leonard Feather produced an LP entitled Cats vs. Chicks (MGM E255), one of a series of “battles of jazz” that also included West Coast vs. East Coast (MGM E3390) and Hot vs. Cool (MGM E194). The battle of the sexes involved a male ensemble featuring trumpeter Clark Terry, saxophonist Lucky Thompson, guitarist Tal Farlow and pianist Horace Silver. Their female counterparts included Norma Carson (trumpet), Corky Hale (harp), Mary Osborne (guitar), Beryl Booker (piano) and a young pianist/vibraphonist named Terry Pollard. Of the album, it can certainly be said that, at a time when female jazz instrumentalists were relatively rare and overt sexism was rampant, the ladies held their own. 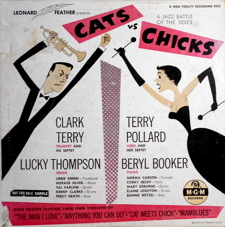 Terry Jean Pollard (August 15, 1931 – December 16, 2009) burst onto the jazz scene in the 1950s as a pianist and vibraphonist of immense talent. Originally from Detroit, Michigan, a city known for producing some of the most original and influential practitioners of jazz and popular music, she began piano at an early age. As a teenager gifted with perfect pitch but having little formal training, she was already performing professionally in that city with the band of baritone saxophonist Johnny Hill and the trio of guitarist/vocalist Emmitt Slay. A recording with saxophonist Billy Mitchell and trumpeter Thad Jones in 1953 for the Dee Gee label offers the first taste of her mastery of the bebop approach.

It would be the vibraphonist Terry Gibbs who would propel Pollard to more widespread acclaim. Gibbs heard her in Detroit while playing an engagement there in 1953 and, in need of a pianist for his quartet, convinced the 22-year old to leave home and join him on the road. In his autobiography, Good Vibes: A Life in Jazz, Gibbs has the following to say about his first exposure to Pollard:

Then I heard this girl Terry Pollard who played piano completely different than any girl I had ever heard play. She played bebop and she could swing. I thought that maybe because I had a few drinks, this was the reason she sounded that good. There weren’t many female jazz players, and the few that were around mostly played the piano: ladies like Marian McPartland and Barbara Carroll, who played good but as the old cliche goes, they were “good for a girl.” They didn’t have that hard bebop articulation that Terry played with. She sounded like a man. Terry was the first female I ever heard swing that hard.

Superficially, the Gibbs-Pollard partnership seemed an unlikely one for the time – a Jewish man from Brooklyn and an African American woman from Detroit seven years his junior, and there were the usual racial problems involving accommodations and acceptance when touring certain parts of the country. But their act was generally well received, especially the vibraphone duets. Gibbs describes their opening at Birdland:

Opening night, we tore Birdland up. Charlie Parker was there. He heard us play and offered Terry a job. In fact, he came in every night and kept offering her a job. She turned him down and to make a long story short, she stayed in my band for four years. That was one of the winningest groups I ever had and it became a highlight of my life.

The four-year collaboration of the two Terrys generated a number of excellent recordings for the Brunswick, EmArcy and Mercury record labels as well as performances throughout the USA and Canada. Pollard won the DownBeat Magazine New Artist Award in 1956 and made a notable television appearance with Gibbs on the Tonight Show with Steve Allen. In 1957, the Gibbs quartet was part of the Birdland Stars of ’57 tour with headliners Count Basie, Sarah Vaughan and Billy Eckstine.

I first heard her on the album Terry Gibbs (EmArcy MG 36047) recorded in 1955, a hard swinging affair from start to finish. I concur with Gibbs’ assessment of Pollard’s pianistic approach. The ideas pour out with great facility regardless of the tempo. She was clearly a disciple of Bud Powell and probably also influenced by Detroit giants like Hank Jones and Barry Harris. While there exists far less Pollard vibraphone than piano on record, what can be found is impressive and the video from the 1956 Tonight Show appearance clearly demonstrates that she could hold her own with her mentor, Gibbs.

After returning to Detroit for family reasons in late 1957, she remained active on the local scene for over 20 years, but participated in only three studio recordings, two with multi-instrumentalist Yusef Lateef in 1958 (Argo) and 1959 (Savoy) and one with harpist Dorothy Ashby in 1961 (Jazzland). But the list of artists with whom Pollard performed at venues like The Frolic, Klein’s, Club 12, Counterpoint, 20 Grand, Hobby Bar, Drome Lounge, Trent’s, Baker’s Keyboard Lounge, Sonny’s Slave Market and Music Man Lounge is impressive and includes saxophonists Sonny Stitt, Yusef Lateef, Joe Henderson and Pepper Adams, vibraphonists Peter Appleyard and Milt Jackson, guitarist Earl Klugh and vocalist Bill Henderson.

In 1976 and 1977, Pollard participated in a jazz seminar series at the University of Pittsburgh, organized by saxophonist/educator Nathan Davis. The concert that was part of the 1977 program featured a world-class lineup including trumpeter Woody Shaw, saxophonist Dexter Gordon and drummer Kenny Clarke, all of whom like Davis, spent time living in Europe and was, in part, a reunion of ex-patriots. The event was recorded but never issued commercially and further information on it can be found in the discography.

Not long after this memorable occasion, Pollard suffered a stroke that prevented her from performing (both 1978 and 1979 have been cited). She died in a New York City nursing home in 2009. 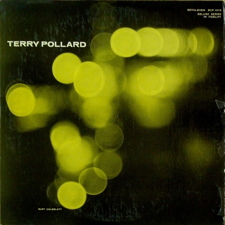 Although Pollard was a supremely gifted artist and a pioneer for women in jazz, she never reached her full potential. As a result, this discography is far shorter than it should be. There exists only one recording under her leadership, an eponymous LP for Bethlehem Records in 1955 recorded in Los Angeles with trumpeter Don Fagerquist and guitarist Howard Roberts featured on several tracks.

In 2020, while sexism still exists in our society, the jazz world now boasts many female instrumentalists whose skills and emotional power are the equal of or surpass those of their male counterparts. Playing “good for a girl” is no longer a cliché that is either accurate or relevant. Terry Pollard and the other women on that 66-year old Cats vs. Chicks album were trailblazers. 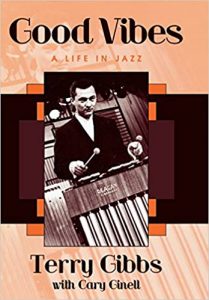 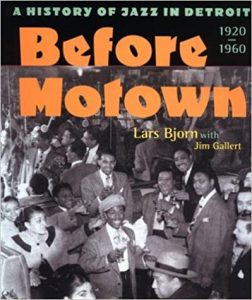