As the evolution of bebop continued during the 1950s, the next chapter in the Birth of the Cool Legacy was written on the East Coast. The innovative approaches of Dave Brubeck, Gerry Mulligan, Shorty Rogers and other California-based artists were beginning to be challenged by a forward-looking group of composer/performers in New York City whose music was being recorded by record labels large and small. One of these was alto saxophonist/composer/arranger Gigi Gryce (George General Grice; a.k.a. Basheer Qusim; 1925-1983), a formally trained musician who, by the mid-1950s, was firmly establishing himself on the New York City jazz scene. Originally, from Pensacola, Florida, he settled in the “jazz mecca” after graduating from Boston Conservatory in 1952 and was soon performing and recording with luminaries including Max Roach, Lionel Hampton, Howard McGhee, Tadd Dameron, Art Farmer, Clifford Brown, Art Blakey, Dizzy Gillespie and Oscar Pettiford.

It would be the fledgling Signal Records, a label founded by Jules Colomby, Don Schlitten and Harold Goldberg, that provided Gryce with one of his first opportunities to record as leader, beginning with a novel, early play-along project also involving pianist Duke Jordan, bassist Oscar Pettiford and drummer Kenny Clarke called The Jazz Laboratory Series (Signal 101) (but not related to the “Jazz Lab” ensembles which Gryce and trumpeter Donald Byrd would assemble in 1957). A quartet session in October of 1955 was notable because of the presence of the great Thelonious Monk (a close friend of Gryce) on piano; however, later in the month, Gryce assembled a nine-piece ensemble with instrumentation identical to that of the Miles Davis Birth of the Cool recordings for Capitol Records in 1949 and 1950. Of the six tracks recorded at the two Signal nonet sessions, four were Gryce originals.

The personnel shifted slightly over the two dates, but the pianist for both was Horace Silver, who contributed an arrangement of his own composition “Speculation.” This altered blues was a favorite of Gryce, who would record the tune in several other settings in the years to come. Solo duties were shared among trumpeter Art Farmer, trombonist Jimmy Cleveland, Silver and the leader, all making waves within the jazz community at the time. A young vocalist Ernestine Anderson was featured on the first nonet session.

Later in 1955, Signal issued the entire output of the Gryce sessions (excluding the play-along) on Gigi Gryce Quartet and Orchestra (Signal S 1201; reissued in 1958 as Nica’s Tempo, Savoy MG 12137) and the reception to the new music was positive. Even Miles Davis himself was impressed. Gryce sought to explore the unique opportunities that the nonet instrumentation afforded while incorporating his own approach to repertoire, tonalities and voicings. Any doubts that Gryce was a major figure in jazz of the mid-1950s were dispelled by these Signal recordings, which, along with his collaborations with trumpeter Art Farmer for Prestige, showed him to be a composer and arranger of great individuality, as well as an alto saxophonist who had fashioned his own sound and conception out of the Charlie Parker legacy. The results must also be considered an important bridge between the bebop of the late 40s and the hard bop taking hold in the mid-50s. 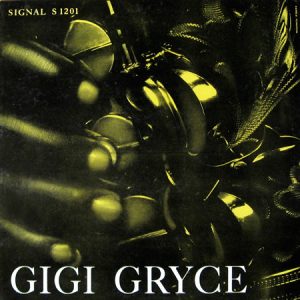 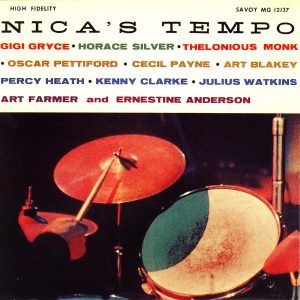 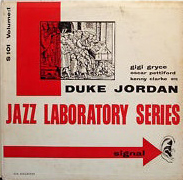 But the nonet was not a working band and would not be heard from again until Gryce and trumpeter Donald Byrd joined forces in 1957 to form an ensemble called The Jazz Lab. On February 4, 1957, a landmark jazz recording took place, the debut of the Donald Byrd–Gigi Gryce Jazz Lab on Columbia Records, the most prestigious label in the business. At this time it was the label of Dave Brubeck, Miles Davis, and Duke Ellington. The Jazz Lab was signed just after Columbia dropped Art Blakey’s Jazz Messengers upon completion of three albums, the first of which Byrd had participated in. Gryce returned to the nonet format (the working Jazz Lab Quintet augmented by four additional horns) to reprise three compositions from earlier sessions. The short-lived Signal label on which Gryce had recorded in 1955 would soon be history, and Gryce was apparently hoping to capitalize on the distribution and publicity advantages now available through his association with a large, well-established record company.

A total of three sessions with the nonet were done for Columbia at which seven tracks (only three composed by Gryce) were recorded with six issued on two LPs, Don Byrd-Gigi Gryce Jazz Lab (CL 998) and Modern Jazz Perspective (CL 1058). One track, a reprise of Gryce’s “Smoke Signal,” was issued on a compilation entitled Jazz Omnibus (CL 1020). When the album was issued, Modern Jazz Perspective was the first Columbia jazz album to feature striking cover art by the painter S. Neil Fujita. Associating jazz music with abstract visual art was popular, and two other classic Columbia releases followed this pattern: Dave Brubeck’s Time Out and Charles Mingus’s Mingus Ah Um. 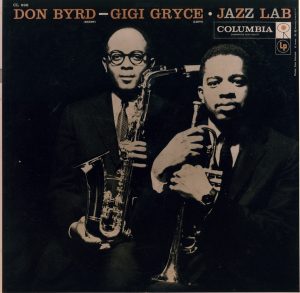 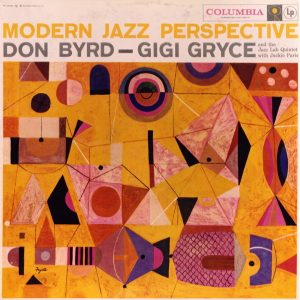 The other title common to both the Signal and Columbia sessions was Silver’s “Speculation.” Other than Gryce, the only musicians common to both the 1955 and 1957 sessions were French horn player Julius Watkins and trombonist Jimmy Cleveland. Most of the solos on the Columbia tracks were performed by Gryce and Byrd with some contributions from the three outstanding pianists who replaced Horace Silver: Tommy Flanagan, Wade Legge and and Wynton Kelly. The Columbia repertoire included two compositions by Benny Golson and one by Randy Weston. Golson also contributed two arrangements.

Unfortunately, the Jazz Lab only lasted for about a year and Gryce would never experience the activity and acclaim that 1957 brought. In 1959, he formed a new quintet with trumpeter Richard Williams that expanded to a sextet called the Orch-tette with the addition of vibraphonist Eddie Costa. These ensembles made three albums for New Jazz and one for Mercury but never really caught on. By 1962, Gryce had largely withdrawn from music because of personal and professional difficulties associated with his publishing companies. He would reemerge as Basheer Qusim, a respected teacher in the New York City public school system where he worked until his death in 1983. Community Elementary School No. 53 in the South Bronx was named the Basheer Qusim/G.G. Gryce School in his honor. 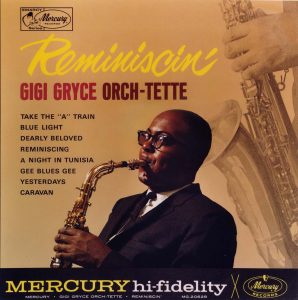 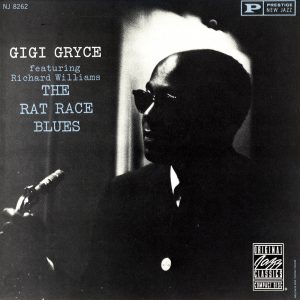 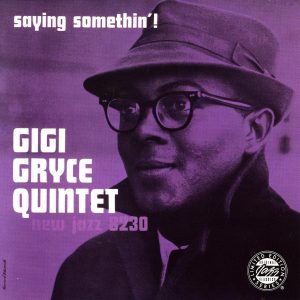 With the exception of “Kerry Dance,” the repertoire of the Gryce Birth of the Cool-like ensembles between 1955 and 1957 consisted of original material written during the same period by him and other up and coming colleagues including Benny Golson, Horace Silver and Randy Weston. Most of these pieces were originally published by Gryce’s Melotone Music.

Next to “Minority,” “Social Call” is Gryce’s most recorded composition, mainly covered by vocalists; however, the original version was an instrumental recorded in 1955, for Prestige Records, by a quintet led by trumpeter Art Farmer. 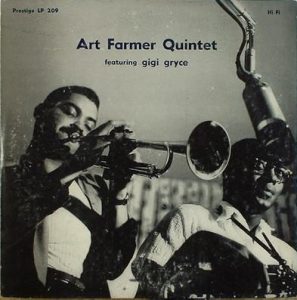 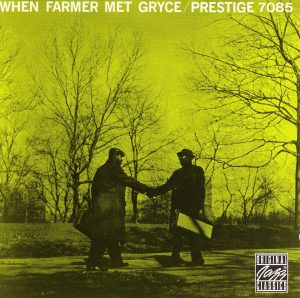 First recorded in 1950 for Columbia Records by a Boston, Massachusetts-based singer named Margie Anderson, the only other cover of this attractive ballad is the 1955 recording for Signal Records featuring another Anderson, Ernestine, backed by Gryce’s nonet. 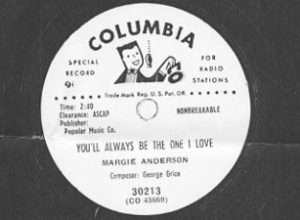 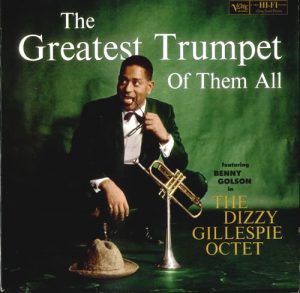 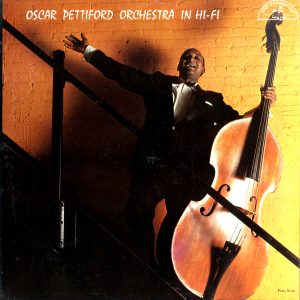 Other than Gryce’s 1955 nonet version, the only other artist to tackle this long-form ballad has been trombonist Eddie Bert who recorded it in 1955 (Let’s Dig Bert, Trans-World TWLP 208) and again in 1976 (Skeleton of the Band, Backbone Records BRLP 001). 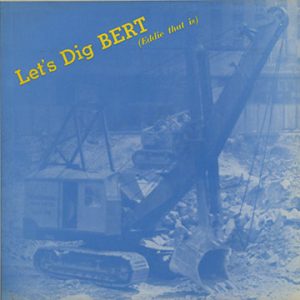 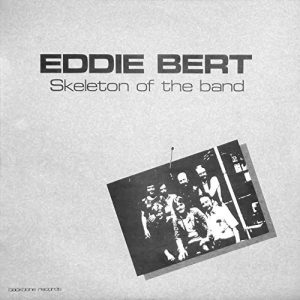 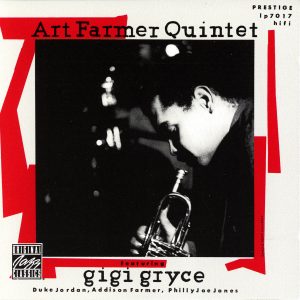 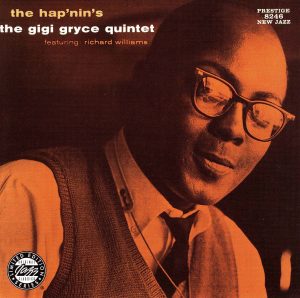 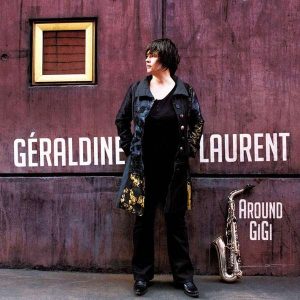 The August 30, 1957 Columbia Jazz Lab session produced the only recording of this briskly paced piece that bears a close resemblance to another Gryce opus, “Quick Step,” from one of the 1953 Vogue sessions done in Paris when he was with the Lionel Hampton band.

When Benny Golson introduces his moving tribute to trumpeter Clifford Brown at live performances, he informs the audience that the first recording of the ballad took place at the March 24, 1957, Lee Morgan, Vol. 3 session for Blue Note Records. He’s close, but off by nine days. The first recording was, in fact, the March 13, 1957 Byrd-Gryce Jazz Lab nonet session for Columbia.

This poignant composition has deservedly become one of the most frequently recorded jazz standards with The Jazz Discography listing over four hundred versions! 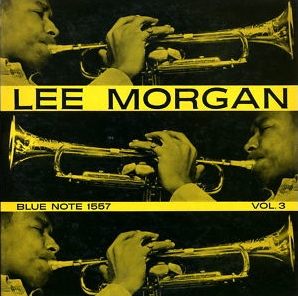 Another often-recorded Golson composition, “Stablemates,” had its debut at the Miles Davis Quintet session for Prestige that took place on November 16, 1955 (Miles, Prestige 7014). Before the September 5, 1957 Jazz Lab session, Gryce recorded it with Mal Waldron in 1956 (Mal-1, Prestige 7090). Like “I Remember Clifford,” it has become a jazz standard. 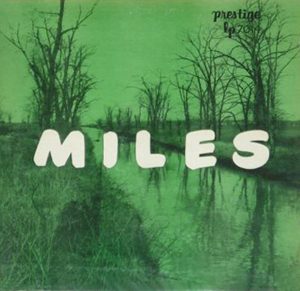 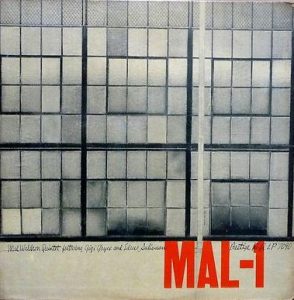 “Speculation”
16-bar structure in E-flat major with solos based on modified 12-bar blues changes in the same key.

Horace Silver, who played on the October 30, 1955 Signal nonet session, contributed this piece (both composition and arrangement). The following year, it was recorded by Oscar Pettiford’s Orchestra for ABC-Paramount and then on February 4, 1957 by Byrd-Gryce Jazz Lab ensemble. Along with “Smoke Signal,” it was revisited in 1993 by Gary Smulyan (Saxophone Mosaic, Criss Cross 1092). 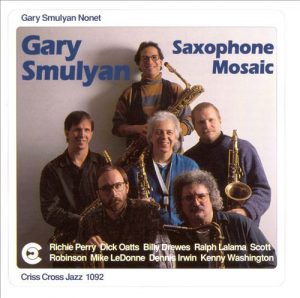 Pianist Randy Weston first recorded this dark and haunting waltz in 1956 for Riverside Records with a quartet featuring baritone saxophonist Cecil Payne (With These Hands, RLP 12-214). The Jazz Lab’s version was next, followed by around eighty subsequent covers by many jazz notables over the years including Oscar Pettiford, George Shearing, Phineas Newborn, Jr. and Weston himself. 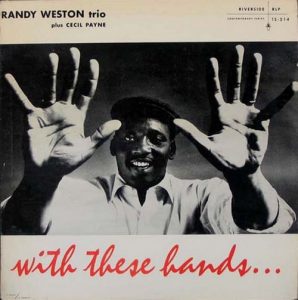 Gryce’s colleagues on the nonet recordings certainly must be considered among the top echelon of musicians emerging during the hard bop era of the mid- to late-1950s. Most went on to carve out significant legacies as leaders and/or sidemen. Of the twenty-three, only Benny Golson is alive at the time of this writing, and still very active at the age of 90. The only participants common to both the Miles Davis Birth of the Cool Capitol sessions and those discussed herein are French horn player Gunther Schuller and tubist Bill Barber.

The following table summarizes the overlap of Gryce with the sideman from the nonet sessions. Note that there are several ensembles through which many of the participants passed including The Lionel Hampton Band (1953), The Oscar Pettiford Orchestra (1956-1957), The Teddy Charles Tentet (1956) and the Randy Weston Uhuru Afrika Orchestra (1960). For further information, see the Gigi Gryce Discography. It should also be noted that by 1962, Gryce’s career as a performing and recording musician was essentially over which explains why the overlap spans are relatively short. 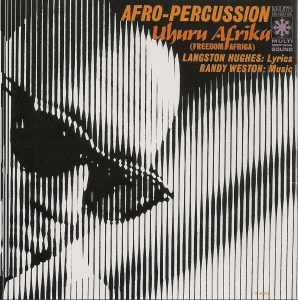 A quintet version of Gryce’s “Blue Concept” was also recorded at this session (trombone, French horn, tuba, baritone saxophone out).

Although Jepsen’s discography indicates January 13, 1957 for CO56457 and CO56458, other discographies (Bruyninckx, Lord, Raben) indicate that these tracks were recorded on March 13, 1957. The Columbia matrix numbers actually suggest a date in early July 1956, which seems unlikely since Donald Byrd and Gigi Gryce had not teamed up at that point to form the Jazz Lab ensemble. Thanks to George Avakian, we were able to confirm that these two nonet titles were, in fact, recorded on March 13, 1957 along with the quintet version of “Blue Concept.” The matrix numbers CO56457 and CO56458 were originally intended for a Horace Silver recording of July 2, 1956 but were never used for that session and finally assigned out of sequence, at the March 13 Jazz Lab recording.

The Lord and Bruyninckx discographies indicate that the trombonist is Benny Powell but the liner notes to Columbia CL 998 indicate Jimmy Cleveland.

Note that Gryce and Golson arranged each other’s compositions. The liner notes to the original issue, Columbia CL 1058 and reissues thereof, incorrectly indicate that Jackie Paris appears on “Stablemates.” He does not. Also, the liner notes do not indicate the presence of a tuba. A tuba is definitely audible. “Steppin’ Out” is very close to “Quick Step,” recorded in Paris on October 9, 1953.

This brief study concludes the four-part Birth of the Cool Legacy series. There are many other ensembles and approaches that emerged in the 1950s and were influenced, in one way or another, by the now-iconic Miles Davis Capitol Records nonet sessions of 1949 and 1950. These include the Teddy Charles Tentet (1956), the Oscar Pettiford Orchestra (1956-1957) (to both of which Gigi Gryce significantly contributed), the later Miles Davis-Gil Evans collaborations (1957-1962) and even the Third Stream movement led by Gunther Schuller and John Lewis. I’m sure you can think of more examples.

All of this is innovative and important music and if you are not familiar with it, I strongly urge you to have a listen.