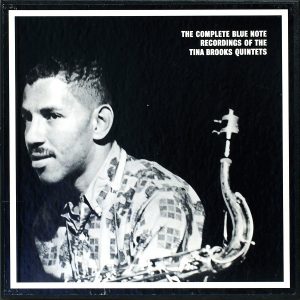 Tenor saxophonist and composer Tina Brooks was one of many talented jazz artists whose potential was recognized early on but never fulfilled. He emerged during the height of the hard bop period, contributed to several very highly regarded recording sessions, but ultimately was overshadowed by many of his peers. He was also bedeviled by personal problems that drastically shortened his life.

Brooks’ approach was similar to another great but under-appreciated tenor saxophonist, Hank Mobley. Both created solos that were hard swinging, soulful, masterfully assembled and were fine composers as well.

Born in Fayetteville, North Carolina on June 7, 1932, Harold ‘Tina’ Brooks and his twin brother Harry were members of a large, musical family in which Tina began to play saxophone in grade school. His unusual sobriquet was a result of his relatively small stature in his early years. The family relocated to New York City in 1944 but difficulties in adjusting to the challenges of big city life led Tina to return to Fayetteville until his final year of high school.

His older brother, David ‘Bubba’ Brooks, was also a saxophone player who mentored and instructed Tina. Bubba carved out an impressive career playing tenor in mostly rhythm and blues bands led by Sonny Thompson, Wynonie Harris, Lula Reed and Bill Doggett among others. Tina would follow in his brother’s footsteps spending his early years in New York playing in R & B ensembles. His first known recording took place in 1951, for the King label, with pianist Sonny Thompson. By 1955 he was a member of Lionel Hampton’s orchestra and seeking to move further into the jazz realm.

Although there are no known recordings of Tina Brooks between 1953 and 1958, it was during this time that he developed into a serious player through study, woodshedding, participating in sessions at New York clubs and getting to know other up and coming musicians. By 1957, he had drawn the attention of Alfred Lion of Blue Note Records who added him to the label’s growing roster of modern jazz stars. As it turned out, in his short career, all but one of Brooks’ recording sessions were done for the Blue Note label, most in the studios of Rudy Van Gelder.

Brooks led four sessions for Blue Note, but only one of these (True Blue) was issued contemporaneously. These were collected in a 1985 Mosaic Records limited edition box set, Tina Brooks: The Complete Recordings of the Tina Brooks Quintets, testimony to the high regard his playing and writing have been accorded. His associates on these sessions were all important members of the Blue Note stable including trumpeters Lee Morgan, Blue Mitchell, Johnny Coles and Freddie Hubbard. 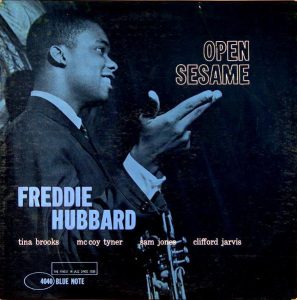 Brooks’ eighteen recorded pieces are shining examples of the hard bop approach to composition formulated in the 1950s and early 1960s by artists including Horace Silver, Bobby Timmons, Kenny Dorham, Gigi Gryce and many others. Although several are blues, others, such as “Good Old Soul,” “Minor Move” (a.k.a. “Medina”), “Miss Hazel,” “Theme for Doris” and “The Waiting Game” have unusual structures. Surprisingly, none has found acceptance as a “jazz standard.” Several of these have been published as lead sheets by Second Floor Music and are available for download.

Although he is present on a video while with Ray Charles’s big band in 1963 and participated in a saxophone marathon in 1969,* Brooks does not appear to have recorded after 1961. Thus his jazz legacy from a discographical perspective is a mere three years. Nonetheless, the recordings with which he is associated are of the highest quality and considered important examples of the hard bop movement. In fact, if I were to be asked for archetypal hard bop albums, the four sessions under his leadership would be on my list.

Like many musicians of his time, Brooks fell victim to drug addiction and the associated health and legal issues brought on by chemical dependency. He died in 1974 at the age of only 42, after his health had seriously deteriorated. Nonetheless, he left an important legacy of high quality recordings that remain worthy of attention, study and enjoyment and it is my hope that the updated discography found here will inspire renewed interest in them.

I am grateful to my friend and collaborator Michael Fitzgerald who generously agreed to let me upgrade a Brooks leader discography that he had published in 2011. What you will find here has ALL of Brooks’ sessions, a more expansive listing of issues, album covers and solo information.

Sources of Information on Tina Brooks